Many customers that consult with us have a dream of living in an off-grid home powered by solar. Of ridding themselves of the utility meter, and paying no more bills.  This dream is easier than ever for homeowners to achieve since solar and electrical energy storage systems are now more accessible and affordable than they ever have been. But is going off the grid the key to a sustainable energy future where neighbours live independently from one another? Of course if you live in an area where running a power line to the local utility grid is prohibitively expensive then you have no choice but to setup an off-grid system. But is it practical to demand that every building meets its own energy requirements? In this post we will discuss the advantages of grid-tied solar and try to describe how a sustainable energy system might look like.

A grid-tied solar power system is one that is either directly or indirectly connected to the electricity grid. Grid-tied systems makes up 87% of the total Canadian solar market. In Alberta a solar micro-generation system is  connected to a building’s appliances, powering them first and exporting any excess to the local electricity grid, earning the micro-generator a credit on their bill.

An off-grid system can easily cost double the same size grid-tied system because of the added cost of the batteries. A grid-tied system is more flexible from day-to-day use, as well as in accommodating for seasonal variation. It can be of any size because the building’s appliances are still going to be connected to the grid and so will be able to draw power from it whenever solar power is in short of supply. The size of the system can be customized to suit a home’s available roof space and aesthetics and the owner’s budget and expectations.

A grid-tied system exports any excess energy produced to the grid to do useful work elsewhere. This energy is transmitted to the local distribution system to do useful work on other appliances in the neighbourhood. On the other hand an off-grid system produces excess energy to be stored for when it isn’t available. The system has to meet the building’s power and energy requirements, meaning it has to deliver power even during the dimmest, snowiest time of the year. During the summer, the system languishes because it is so oversized; all that excess energy goes to waste because it has nowhere else to go. Furthermore, any mistakes like leaving the lights turned on could have a detrimental impact on the reserve of energy as well as the lifetime of the batteries.

Tier 1 solar modules (commonly referred to as solar panels) are warrantied for up to 25 years. Together with inverters, they are proven to be a reliable and long-lasting technology.  Adding batteries to the system will only reduce its efficiency, and most will require routine check ups and can be hazardous if not maintained properly.

It might be easy to discount from the importance of the electrical grid as it quietly transmits power across our heads and below our feet. According to the National Academy of Engineering it’s not the internet or the airplane but the electrical grid that is the greatest engineering achievement of the 20th century.

“Scores of times each day, with the merest flick of a finger, each one of us taps into vast sources of energy – deep veins of coal and great reservoirs of oil, sweeping winds and rushing waters, the hidden power of the atom and the radiance of the sun itself – all transformed into electricity, the workhorse of the modern world,” ~ National Academy of Engineering

What we need is not to disconnect from the grid, but rather to decentralize and diversify its resources. Essentially both concepts do the same thing – they bring energy closer to where it is needed. But rather than just making one building self-sufficient why not make whole communities self-sufficient?

Solar and wind are non-dispatchable sources of power, meaning they provide power only when their resource becomes available. A dispatchable source is one that provides energy on demand like biomass and hydro, and of course storage technologies including batteries. The role of the grid will remain pertinent, and there lies a place for batteries within it, but not in making one home or building sustainable but in supporting the operation and reliability of the local power grid. The electricity system was designed based on generation sources that were typically far from where electricity is needed, and therefore needed to be shipped long distances to consumers. The system is centralized in the sense that electricity flows from centres of generation to centres of consumption. As you can see below, a decentralized energy system can be made up of renewable generation and storage sources distributed where they are needed,  and of course would still require an electrical distribution system to connect these assets together.

A neighbourhood that utilizes distributed solar generation and storage relies less on generation systems that are further away. Not all of the homes need to be equipped with solar and/or storage technologies.

It is much more economical, practical for community members to share their energy resources rather than to live independently from one another. The key to a renewable and sustainable energy future means integrating a variety of renewable energy systems that are specifically designed to meet the needs of a particular community, and for that there is certainly room for storage. 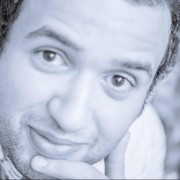